Tip of the hat to Bruce Schaffer at Franchise Valuations for reporting on this case in his "The Franchise Valuation Reporter." Bruce is colleague from the American Bar Association's Forum on Franchising who focuses his expertise on valuation and damages, cyber crime, expert testimony, and tax nexus. 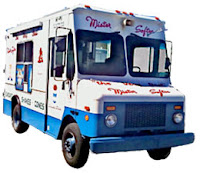 The case is Mister Softee, Inc., Mister Softee Sales and Manufacturing, LLC, and Spabo Ice Cream Corp. v. Reza Amanollahi, 2016 WL 5745105D. New Jersey. Civ. No. 2:14-CV-01687(KM)(JBC) - As noted, the case involved a claim for lost future royalties and the decision followed the well-known but controversial decision in Postal Instant Press v. Sealy, 43 Cal. App. 4th 1704 (1996).  Postal Instant Press v. Sealy and cases that adhere to its rationale, hold that a franchisee cannot be liable for lost future royalties when the franchisor ELECTED to terminate the relationship even though the franchisee's act (ex, failure to pay royalties) gives rise to the termination.

After reviewing New York case law, the judge in Mister Softee concluded that summary judgment would be denied on Mister Softee's claim for lost future royalties: "Here, Mister Softee decided to terminate Amano's Franchise Agreements because Amano moved his trucks out of the Manida Street Depot and stopped making payments under the Truck Notes. Mister Softee faced a choice: terminate the Agreements, or remain within the Agreements and sue for the ongoing unpaid royalties. It chose the former."

So mark one up for FRANCHISEES on this controversial topic! (even though Mister Softee brings back many childhood memories while growing up in south Jersey) Thanks Bruce!

If you are planning to attend the American Bar Association's Annual Forum on Franchising in Miami on November 2-4 don't forget to drop into Show Me the Money! Maximizing Monetary Recovery in Franchise Cases, where I will join Bethany Appleby (Wiggin & Dana, LLP) for an informative session.

Posted by Jim Meaney at 3:02 PM No comments: