Goodbye 2016! Bonus Included for You

Well 2016 was certainly an interesting year ... most of my comments would likely cause some controversy (isn't that what a contrarian lives for?) but I will refrain and say only that 2017 could be even MORE interesting! And, it would be even better if I improve in Fantasy Football and the Eagles have a winning season. 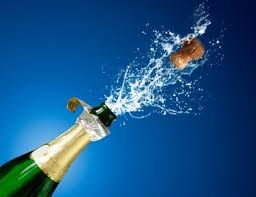 Thank you readers ... for some unexplained reason visits to this blog have increased dramatically over the last few months (have I been discovered?) -- this month alone there were over 7,100 views and all-time visits just topped 19,000! Again thank you.

Some quick news: my ABA Forum on Franchising colleague and VERY good friend, Ken Milner, just reported a "Holiday Present for Franchisors in PA" via the ABA Forum List-Serv. This is another chink in the "joint-employer" stance. The Pennsylvania Supreme Court let a lower court's decision stand that held that a franchisor was NOT a joint employer of an employee of a Saladworks' franchisee, at least in regard to being liable for workers compensation payments. (lower court decision: Saladworks, LLC, et al v. WCAB (Gaudioso), et al, No. 1789 C.D. 2014, decided October 6, 2015) Thanks Ken! As noted in my last post (Joint Employer Controversy ... Trumped?) , perhaps 2017 will see the demise of this ill-begotten theory (at least in the franchise context).

And here is a "Holiday Present" for you -- this year I had the privilege of working with Bethany Appleby (Wiggin & Dana, LLP) in presenting our paper at the ABA Forum on Franchising's Annual Meeting in November - Show Me the Money! Maximizing Monetary Recovery in Franchise Cases. If you are interested in that sort of thing -- here's a copy for you.

Wishing you a Successful 2017!

Wow ... I admit to falling off the blog wagon of late! No real excuse except ABA Forum on Franchising burn-out (as author/presenter), college football, pro football, and, oh yeah, a number of client-litigation matters! 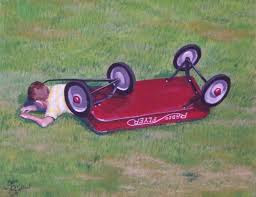 First, thank you for visiting this blog ... there have been over 14,000 visits since starting this effort in January 2015 and over 4,000 visits last month - maybe I should post LESS frequently!

Many of my posts are stimulated by new franchise cases, striking client-experiences, and hot franchise topics. I think my "stimulation" has been dampened by the Trump-election and the litigation matters mentioned above (they become obsessions!) But let's talk Trump and the joint-employer controversy for a moment ...

I have posted on the joint-employer issue a few times (here and here) and have advocated to "relax" ... let the courts sort it out. In the meantime, franchisors have gone into protective-mode, changing their procedures, agreements, and manuals. Now even the Small Business Administration has gotten into the act - issuing a new mandatory Addendum to Franchise Agreements for franchisors seeking SBA financing for franchisees via the Franchise Registry that includes the following provision: EMPLOYMENT - Franchisor will not directly control (hire, fire or schedule) Franchisee’s employees. (tip of the hat to Edith Wiseman with FRANdata for passing it along) WOW, this certainly smacks of one government-agency feuding with other government-agencies (NLRB and DOL).

So what does this have to do with Trump? Since the election, a number of my ABA Forum on Franchising's colleagues have been commenting on the Forum List-Serv that Trump's election may derail the efforts to hold franchisors jointly liable for their franchisees’ employment law violations; noting that the NLRB will likely become Republican controlled and the leadership at DOL is destined to change as well. By the by, the joint-employer session at this year's Forum's Annual Meeting had one of the largest attendances. (Authors: Joe Fittante, Justin Klein, and Karen Marchiano, with "pinch-hitter" Shelly Spandorf).

So stay tuned ... Trump's election may have a silver-lining for some segments of our world.
PS - Ohio lost its favorite son last week - "Godspeed John Glenn."
Posted by Jim Meaney at 8:32 AM No comments: