Once again I have invited Bryan Jasin to be a guest contributor on this SBA topic -  Bryan leads the Franchise Specialty Banking Group at The Huntington National Bank in Columbus, Ohio and serves on the Membership Committee for the International Franchise Association.

The Small Business Administration manages a lending program to promote business ownership and entrepreneurship in the U.S.  Think of the program as the government sets the rules to make a loan and if that loan goes bad, then the government will provide a guarantee for some of the debt.  This encourages banks to lend into businesses where there may not be historical cash flow, sufficient collateral, or other considerations with the transaction.  My goal today is to provide a high-level view of the three core programs and some key considerations.

The SBA Express Program:  This program is for loan requests up to $350,000 and offers a borrower a faster loan process with fewer collateral and loan requirements.  The SBA does not require full collateral coverage in this program, but any individual bank may require full coverage.  Most borrowers use this program to start a small business, expand a current operation, acquire a business or purchase a piece of real estate or equipment.  The program offers a 50% guarantee on any loan loss to the bank after all collection efforts have been exhausted.

The 7(a) Program:  This program is generally for loan requests from $350,000 to $5,000,000 and generally used for a startup business loans, business acquisition loans and real estate purchase loans.  Maximum terms generally cap out at 10 years or up to 25 years if real estate is involved.  The SBA requires a minimum 10% equity into the transaction, but banks often may require more based on the loan structure, industry, and use of proceeds. This program offers a 75% guarantee.

The 504 Program:  This program is generally a real estate acquisition and development loan program.  The program requires a 10% equity injection from the borrower, a bank loan up to 50% of the real estate value, then a 40% secondary loan from a corresponding community development corporation (CDC) that is in a second lien position and then often sold to the investor market.  The primary 50% loan cannot exceed $5,000,000 so often this program is used for larger real estate purchases.  The maximum term and amortization is 25 years.

• The maximum exposure to any one borrower is $5,000,000.
• There are “credit elsewhere” tests to ensure the loans go to borrowers who need the support – if a bank can qualify the loan conventionally, it cannot go to the SBA program.
• Most loans over $350,000 require the bank to fully collateralize the loan which means the bank often will take all available personal collateral such as equity in your primary residence or other available collateral

As a former SBA leader once told me, “the SBA program does not make a bad loan a good one, but a good loan a great one!”
Happy Lending!
Bryan Jasin

This topic was called to mind because, at the the moment, I am representing two franchise buyers who are looking to acquire existing, established franchises. This is not my first rodeo in this arena. But, these recent clients reminded me of the complexities involved.

At first thought, you might think purchasing an existing franchise location would be simpler than starting from scratch. Well there are pluses and minuses.

In a straight-up franchise purchase from a franchise company there are only two parties typically involved from the outset: the buyer and the franchise company. Sure, franchise purchases are complicated and should not be pursued without competent legal and accounting assistance. However, you are essentially starting with a clean slate; and you have time to assemble the complimentary pieces (training, leases, vendors, etc.).

When you buy an existing franchise, the players multiply: the selling-franchisee, the selling franchisee's lawyer and accountant, the current landlord, sales brokers, current customers, in-place vendors, lenders, the franchisor, and you, the buyer ... and hopefully your lawyer! More parties = more complications. Coordinating all these people and pieces usually falls on the buyer's shoulders.

As a result, the transaction process is multi-staged, and contingencies abound. Most of these deals are asset-based, meaning the buyer is acquiring the selling franchisee's existing assets, inclusive of the franchise rights. The first step is usually a Letter of Intent (LOI). This outlines the general terms and offering price but typically is not a binding contract. That follows in the form of an Asset Purchase Agreement, providing much more detail and conditions than stated in the LOI.

Assuming an Asset Purchase Agreement (APA) is executed, the fun begins! The APA should, among many other things, indicate that the deal is contingent on approval of the franchisor, the landlord, any lender. Each one of these buckets has its own hoops to jump through. For instance, the franchise company will want to qualify the buyer in the midst of everything else going on and the lender will want to vet the franchise company and the business offered for sale. Landlords want to qualify the new tenant! And you need to review and accept the franchise agreement, the lease, and any loan terms.

So where is the payoff Jim, the pluses? Although it may be less complicated to start from scratch, an existing franchise has existing customers or, at least, should have. Established customers mean instant revenue. The trade-off is that purchasing an existing franchise will generally be more expensive than developing from scratch, since you are acquiring the established goodwill along with the other assets.

A lot more could be written on this but you get the picture! Be careful out there!

To keep me from ranting about the Antonio Brown saga, I have invited Bryan Jasin to be a guest contributor to The Franchise Contrarian today. Bryan leads the Franchise Specialty Banking Group at The Huntington National Bank in Columbus, Ohio and serves on the Membership Committee for the International Franchise Association. On Antonio Brown, I must say one thing: Antonio, you have given me one more reason to hate the New England Patriots!

With that, Bryan take it away:

As a lender in the franchise industry, I have been party to thousands of deals.  I will not claim to have seen it all, but I have seen my fair share, then some.  At Huntington, we’ve seen the traditional start up with husband and wife manning the new venture, the seasoned multi-unit operator opening their 10th or 15th location, as well as silent partners looking for returns with an industry operator.  Sometimes we have seen new businesses grow year over year and then some businesses that never get off the ground.

The volume of deals have provided a number of insights.  In working on transactions both big and small, there is comfort zone in the process.  Whether it is a million-dollar loan or a multi-million-dollar deal, the lender and franchise buyer must establish a trusting, supportive relationship. Trust breeds comfort.  I always try to remember that when working with a new franchisee, this is the biggest financial investment they are ever going to make. With any investment decision, you want to ensure you work with partners that have been through the loan process.

What should you look for?  Work with a bank that has experience in your industry and a loan structure based on your experience.  A large ground up construction financing request may play well in one institution and poorly in others.  Are you looking for capital to start your venture? Not every bank has the risk appetite to lend into projected revenues and startups.

So vet your lender just as you would your new franchisor!

Often your franchisor has relationships with banks that have experience underwriting loans for your brand.  Because the bank probably has closed many loans for other franchisees, the loan process should be efficient and not too difficult. I also encourage you to see how your franchise peers structured their loans to get started or grow.  You can learn who is good, who is not, and some good insights into loan fees and interest rates.

Lastly, ask lots of questions throughout the process.   Your due diligence can kill a bad deal for you or make a good deal great.

When is the Best Time to Engage a Franchise Attorney?

Franchise Buyers: Is there a right time to engage a franchise attorney?

Based on my experience, some people wait too long to engage a franchise attorney (Well, at least most of those folks still hire counsel before they buy). I suspect that those who do delay are concerned about incurring legal fees before they select the "right" franchise. That may not always be the case. 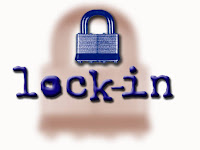 I cannot speak for all lawyers who represent franchise buyers but my belief is that most franchise lawyers are happy to conduct a preliminary call BEFORE you are locked into a specific system. Helping buyers, by providing general, early guidance, creates a fair amount of credibility; in essence, reinforcing the idea that you have contacted the right lawyer. Screening the lawyer may be as important as screening the franchise system.

So how can this early connection help? First, counsel may simply outline the best way to work together going forward. That is, offering general guidelines as to when counsel can become effectively involved, offering the chance to ask questions along the way, and steering the potential buyer to resources to build their own "searching skills." Also, by simply directing a franchise buyer to look for the most important items in a Franchise Disclosure Document. A franchise buyer can also determine the fees that will charged once the clock is turned on. All in all, it makes you a more intelligent buyer!

On the resources, for instance, I provide potential buyers with a copy of my e-Book, How to Buy a Franchise. There are many other resources online and in print. Buyers should take advantage of these resources. My website provides a Resource section, that leads to many online guides, including information from the Federal Trade Commission, various franchisee associations, and franchise consultants.

Finally, the franchise attorney you contact may have prior experience in the category you vetting (i.e., daycare centers, home care, fast food, etc.) and may be able to offer early warning signs or guide you to a reliable franchise company.

So make the call, get on the right track, and take advantage of the resources.