What do Tom Brady and Jared Fogle have in Common?

What do Tom Brady and Jared Fogle have in common?

No, they are not both NFL players and they are not both pitchmen for Subway. And, NO Tom Brady is not involved in the same egregious acts as Fogle ... although many take a dim view of the allegations against him, compounded by destroying his phone.

But, both individuals represent their respective "franchised" brands and their actions have sullied those brands. In Brady's case, New England fans may argue that NFL Commissioner Roger Goodell is the culprit, but Brady's challenges have escalated the attention and, some would say, the damage to the brand.

Franchising and brand awareness go hand-in-hand. I have written about the importance of brand enforcement before here and here. But how do you control brand disasters like Fogle ... and to some degree Brady? While there is not a single answer for both situations, there may be individual remedies for these very different scenarios: 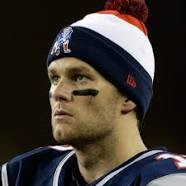 So be careful out there - guard your brand and figure out your best damage control strategy when disaster strikes!
Posted by Jim Meaney at 11:09 AM